KLM and Copa Airlines strengthen their collaboration in Colombia 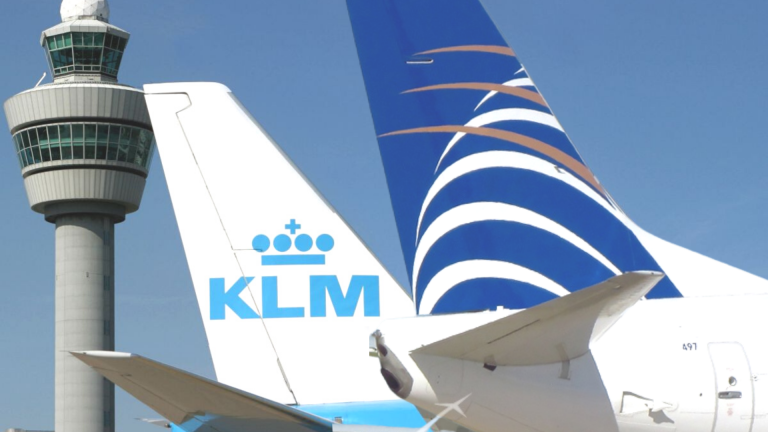 KLM doubles its offer of flights to Amsterdam from Colombia, thanks to the new code share agreement with Copa Airlines. As of this week, the market has a new daily KLM flight to Europe via Panama City, in addition to the daily Bogotá-Cartagena flight.

Supported by the Copa Airlines air network in Colombia, KLM will offer flights, operated on Copa aircrafts, from Medellín, Cali, Barranquilla, Bucaramanga and Pereira, among other cities. Passengers will be able to travel the complete itinerary of their trip with a single ticket, and will be able to check their luggage at the departure airport until their final destination. The agreement allows passengers taking a Copa Airlines code share flight to take their connecting KLM or Air France flight in Panama City, without the need to claim their luggage or complete an extra check in for the remaining part of the trip to Amsterdam or Paris.

For Stefan Gumuseli, general manager of Air France and KLM for the Andean countries, Central America, Cuba and the Dominican Republic: "It is very satisfying to reinforce the fantastic, and already long-standing cooperation between Air France KLM and Copa, benefiting our customers and stimulating tourism and economic growth in the region. In the coming days, customers in the main cities of Colombia will have two daily KLM flights, either through Bogotá/Cartagena or Panama City. But not only that, with this new option of Air France flights to Paris from Colombia and Panama, the Colombian market will actually have 28 weekly flight options to Europe. This code share agreement with Copa Airlines, in addition to improving the travel experience of our mutual customers, will attract more business and European tourism to Colombian cities that KLM newly includes in its airline network."

For his part, Diego Bermúdez Parra, regional manager of Copa Airlines for the Andean countries, commented: “Thanks to this new agreement we will be able to offer improved air connectivity to Europe for all Colombians traveling from Barranquilla, Bucaramanga, Cali, Medellín and Pereira. Now, all of our Copa Airlines customers will have more convenient connections that upgrade their travel experience, giving them the option of traveling with more flexible schedules and fares. In addition, Colombians will have more opportunity to get to know Europe, as they will have more than 100 weekly flight options between Colombia and Panama, to achieve faster and more comfortable connections that take them to their European destinations.”

Enjoy the benefits of Flying Blue on flights operated by Copa Airlines.

While traveling with Copa Airlines, members of Air France KLM's loyalty program, Flying Blue, continue to earn Flying Blue Miles and Experience Points (XP), and can redeem Miles for award tickets. Detailed information on the terms and conditions is available on the Flying Blue website.

Likewise, all people who travel from destinations where Copa Airlines operates in Colombia can enjoy ConnectMiles, a loyalty program where travelers can accumulate miles every time they travel as PreferMembers, and redeem them for their future trips with the airline, with courtesy class upgrades, better baggage allowance, bonus miles, and access to VIP lounges among other benefits. More information at copa.com.

For over a century, KLM has been a pioneer in the airline industry. KLM is the oldest airline still operating under its original name and aims to be Europe's leading network airline in terms of customer service, efficiency and sustainability. The 170 destinations within the KLM network connect the Netherlands with all the key economic regions of the world. KLM Royal Dutch Airlines is part of the Air France-KLM group. KLM is also a member of the global SkyTeam alliance, which has 18 member airlines. For more information about KLM, visit KLM.com, the KLM newsroom, Facebook, Instagram, LinkedIn or Twitter. Reservations at www.klm.com.co

Copa Airlines, a subsidiary of Copa Holdings, is a leading passenger and cargo airline in Latin America. In its 75 years of operation, it has established the Hub of the Americas®, in Panama City, as the leading operations center on the continent. It has one of the newest and most modern fleets in the industry of Boeing 737-800 NG and Boeing 737 MAX9, serving countries in North America, Central America, South America and the Caribbean, and offers more than 90% on-time flights, among the best in the global industry. To plan your trip and manage your reservations, purchase tickets securely in six currencies, use Web Check-in, and find information on travel policies and immigration requirements, visit www.copa.com